​​​​​​​​​I’m Clark Patterson, Libertarian candidate for Congress in 2022 [Texas Congressional District 37]. I’m running for Congress to advocate the philosphic ideas of Ayn Rand and her philosophy of Objectivism and the economic views of Ludwig von Mises and the Austrian School of economics.
Bad philosophic and economic ideas have led America to our current philosophic, cultural, and financial crises. Only the sound views of Rand and of Mises and the Austrian School can make America great again.
The current U.S. federal government’s debt now stands at $31,237,000,000,000. The federal government’s annual budget deficits routinely exceed $1 trillion; the deficit for Fiscal Year 2023 is projected to be $1.2 trillion. Even more alarming, economists Laurence Kotlikoff, Alan Auerbach, and Jagadeesh Gokhale in 2014 estimated the U.S. fiscal gap of unfunded liabilities at $210 trillion, almost ten times the current U.S. Gross Domestic Product of $25.35 trillion. And this figure is rising rapidly.
So-called “mandatory spending" accounts for almost two-thirds of the annual federal budget. Regaining control of the federal budget necessitates making large cuts in mandatory spending, either legislatively, or by constitutional amendment, if necessary. In short, before we can restore fiscal solvency, more Americans must embrace the idea that no citizen is ‘entitled’ to health care, a college education, or a government-funded pension.
According to a 2013 US Census Report, in 2011, 151 million Americans received a benefit or check from some level of government. Unfortunately, far too many Americans today have become addicted to the government trough. Almost every American family has an immediate family member receiving some benefit or check from some level of government, whether a Social Security payment, a Stafford Loan, a Veterans Administration benefit, a government-guaranteed home mortgage, etc. Additionally, too many Americans today either work directly for the federal, state, or local government, or work for private companies that are heavily dependent on government contracts. This must change. A federal government that provides government benefits to over half of its citizens is precisely the kind of paternalistic government that our Founding Fathers warned us about. Cradle-to-grave and womb-to-tomb government programs such as Social Security, Medicare, and Medicaid are not consonant with a limited, constitutional republic and are antithetical to the Spirit of '76. Libertarians believe that all so-called "entitlement programs" should be phased out. This phasing out should occur over 25 years, one generation, so that all Americans have sufficient time to plan accordingly. In light of the US' current $30 trillion federal debt and $210 trillion in unfunded liabilities, it's clear that the winding down of government entitlement programs needs to begin sooner rather than later. Also, to begin reducing the size and scope of the federal government, Washington should immediately begin operating in a government-shutdown-mode.

Libertarians believe that the only legitimate and constitutional purpose of the federal government is national defense. All other activities that Washington currently engages in could and should be performed by the private sector. Consequently, Libertarians would reduce the federal government's size and scope to no more than five percent of its current proportion. Additionally, since Libertarians believe that all taxation is legalized extortion and ultimately has no place in a free society, Libertarians would fund US national defense only through voluntary contributions from US citizens and through proceeds from a national lottery.

​Also, we've known for years how to both prevent and resolve economic bubbles. We know from Austrian economic theory that completely deregulating interest rates (specifically, permitting them to rise to reflect deficit spending), avoiding pump-priming fiscal stimulus policies, and allowing recessions to run their course for 18-24 months is the only long term strategy to both avert and rectify economic downturns. But because American voters today want something for nothing and in politics, are far more concerned with the short run than the long run, both Democrats and Republicans in Congress and the White House have rejected valid economic policies in favor of giving Americans what they want. And every two years, American voters keep re-electing their congresspersons and every four years keep electing both Democratic and Republican presidents who implement short term Keynesian economic policies instead of long term Austrian economic solutions.

It’s my sincere belief that America is on a slow road to an authoritarian state. Only massive cuts in government spending and a severe reduction in the size and scope of government -- at the federal, state, and local levels -- can avert this. And the massive cuts and severe reduction need to begin immediately.
Finally, for too long in American politics, we’ve focused on the short run – not the long run. This must change immediately. Ultimately, the long run is far more important. In the long run, only the philosophic ideas of Ayn Rand and her philosophy of Objectivism can save modern civilization from a new worldwide Dark Ages. In the intermediate run, only the economic ideas of Ludwig von Mises and the Austrian school of economics can rebuild the American economy. And in the short run, only enormous cuts in the size and scope of government can lead America out of its current fiscal plight. 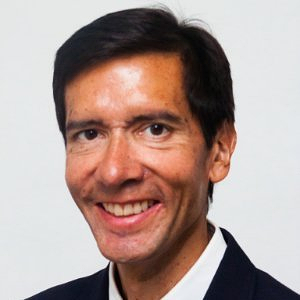 [ Please View My Issue Positions At My About Page. ]